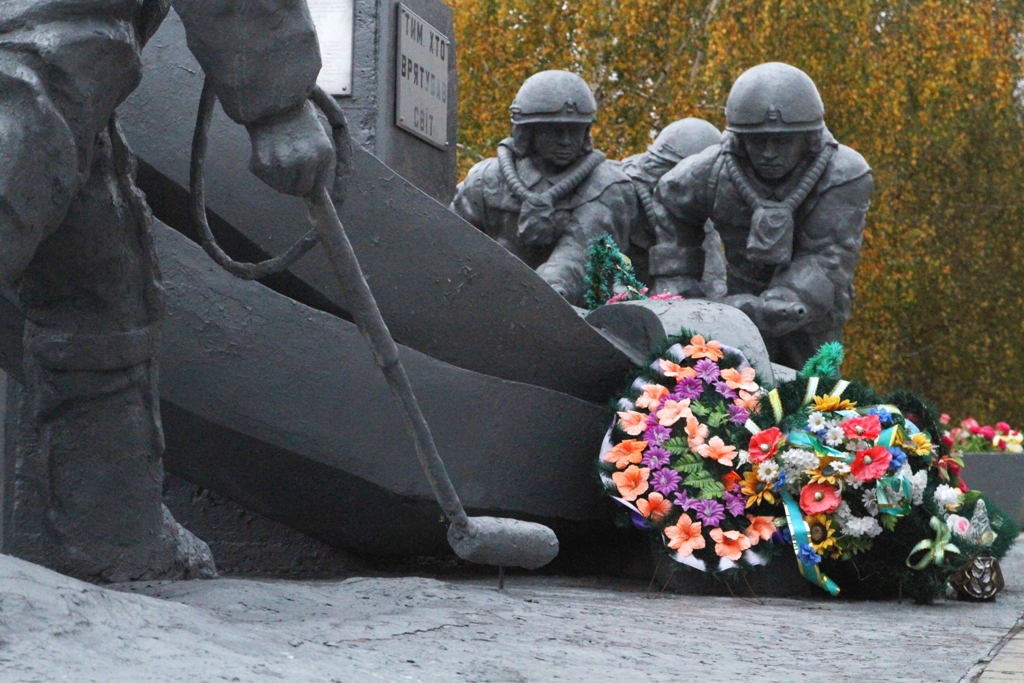 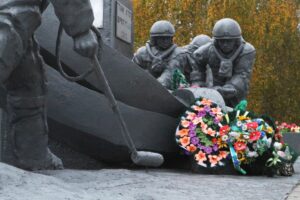 The city of Chernobyl is colorful in spite of dreadful weather and contamination. The bricks, dusted with cayenne peppers, dress the long narrow roads that for years have been poisoned. A memorial in honor of the first response firefighters remains tainted but is nonetheless decorated with fresh, colorful laurels. But the birch trees appear in good health; its leaves colored orange and brown, resting on the ground awaiting the arrival of fall.

Twenty five years ago, on April 26th, 1986, the Soviet Union witnessed its most deadliest nuclear disaster. Inside Ukraine’s Chernobyl Nuclear Power Plant, an explosion and fire released radioactive particles into the atmosphere, which spread over western part of the USSR and across much of Europe. The battle to contain the contamination and prevent a greater catastrophe involved over half a million workers and weakened the Soviet economy beyond repair.

Since then the European Union has kept the country under strict surveillance. The pressure has increased in the past few years, especially after the second most deadliest nuclear accident in history occurring in Japan. Once again, The European Union is calculating financial aid to Ukraine for the restoration of a decrepit sarcophagus previously built over Reactor No. 4 at the time of the accident. A French company is partly responsible for the new construction of the concrete structure which was designed to last for only 20 years. They promise to reach the finish line by 2015.

Endless autumn foliage covers the city during my October visit to the Exclusion Zone, with a large team of journalists. The designated area is a 19-mile zone of alienation around the site of the accident, and was named was named the “world’s most exotic place for tourism, by Forbes magazine.

Visiting permits are arranged in advance, usually through a travel agency. A young tour guide, sporting a green rain poncho, greets close to a hundred participants from Kiev’s Global Investigative Journalism Conference. He travels several hours from Central Ukraine to serve the Zone’s guide, two weeks at a time. Thankful for employment, his gratitude extends beyond his calm temperament, and he takes our questions: “What is the real danger inside the Zone,” “How much radiation are we taking in?,” “Should we throw away our cloths?”

To demonstrate radiation levels, the guide takes out his Geiger counter and begins to measures the amount of radiation (in millisierverts) of objects in close reach—large metal fighting vehicles, tanks, left behind from the cleanup, contain the highest levels,while trees and animals contain the lowest.  “Don’t worry, you are exposed to more radiation every hour you fly than spending a day here,” he says, pointing to his his Geiger. The breakdown: 2.5 Sv/hr on plane; 3-5 Sv/day trip to Chernobyl; 5 million Sv/human lethal dose.

We are left with the following instructions: “Don’t step on the moss;” “don’t put your camera on the ground;” “don’t touch aaaa-nnn-yyyy-thing.” Forbidden from smoking, drinking and eating, the guide lights a cigarette as he recalls the past with mention of the future. At one of the barbed wire gateways into the compound which houses the sarcophagus, he talks of the hundreds of people that refuse to abandon their motherland, of the thousands of military and engineer personnel regularly testing the grounds, of the countless centuries needed to restore the land, with much patience. “Can we go inside that ugly building (sarcophagus),” asks one journalist. “No,” replies our guide, reluctant to talk about the contaminated rubble and twisted metal, inside.

In spite of the contamination Chernobyl has a rich ecosystem. Over the years the media dedicated its editorial front pages to this phenomena. The animals have the run of the place, through unmowed grass and bare concrete, and inside the reactor’s cooling pool, home to large catfish that have grown in size over the years because there are no predators in the pond. The insect population dwindled over the years, and the current population remains at a few hundred.

In the town of Prypiat, less than five miles from the site, the guide has spotted wolves, foxes and wild boars roaming through an empty theater and nearby amusement park. But at the same time, the city’s cemented walkways are covered with neon green moss beds that retain large quantities of radiation. Beneath the city,  the Red Forest which was bulldozed and buried in trenches during cleanup operation, remains buried though signs of young pines are surfacing.

Prypiat’s fifty thousand residents, most of whom worked at the plant, evacuated the city hours after the accident. They left cloths hanging on the line and windows open, jewelry and photographs on the dresser. In one old building, stoves piled against the wall, old cashier registers sat on the ground, and broken liquor bottles covered children’s boots and ragged dolls. They must have been left behind from the cleanup, initially started by a group of twenty-eight fire fighters who died two weeks later. Maybe tour companies set up the items to appeal to visiting groups.

I had been a happy one-year-old at the time of the accident. I had most likely been playing with caterpillars crawling up my grandparent’s cherry tree inside her garden, in the neighboring Soviet-occupied Czechoslovakia. An “arm’s reach” from the Ukrainian border instilled enough fear in my family and in the reporters who bravely visited Chernobyl that day. Yet we all made it home safely. 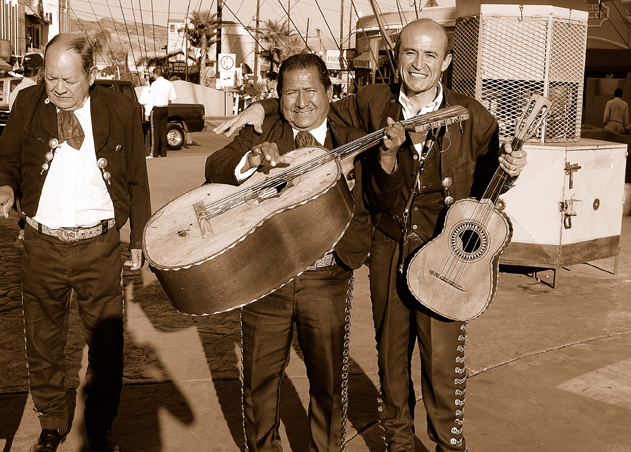 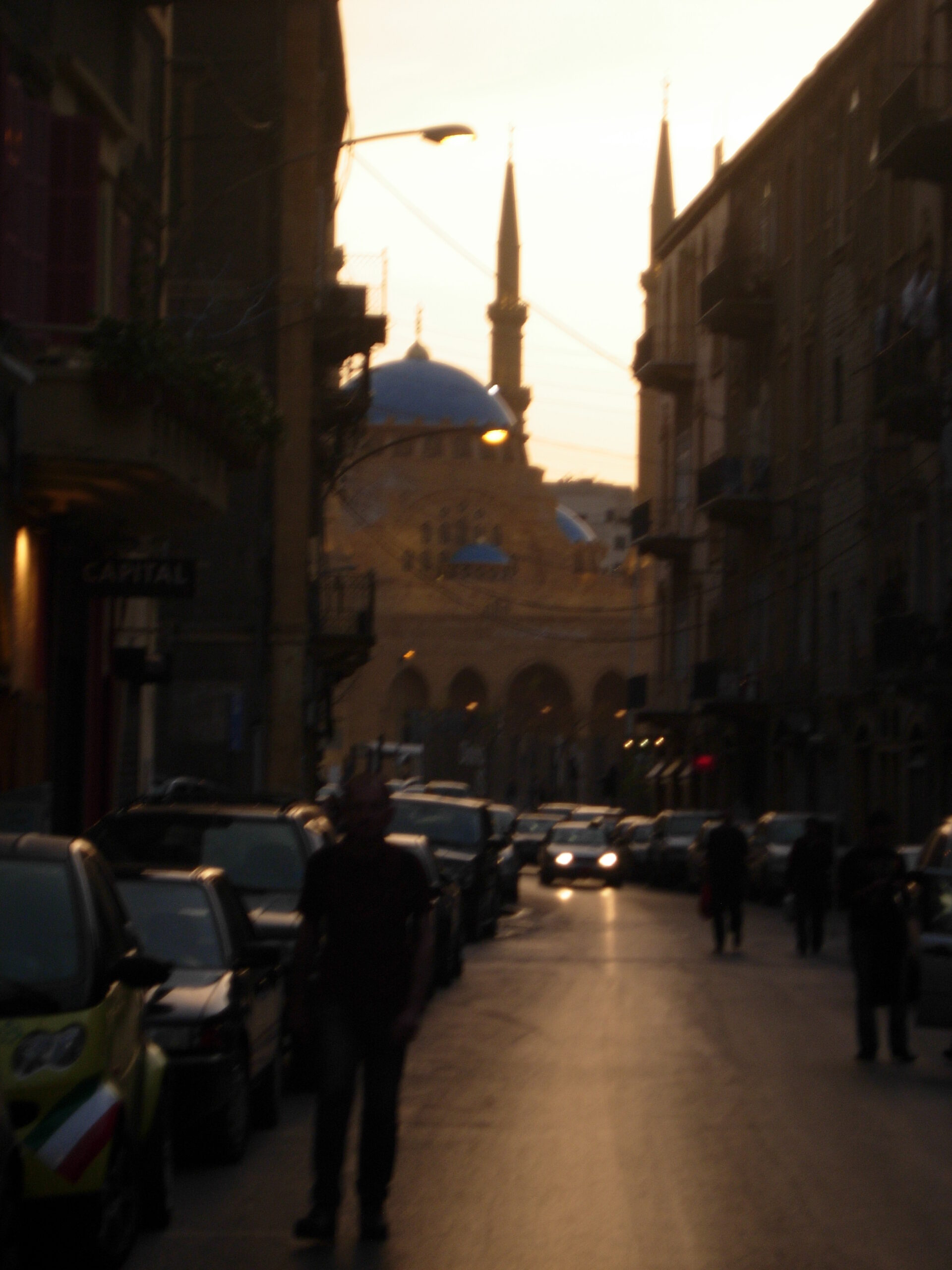 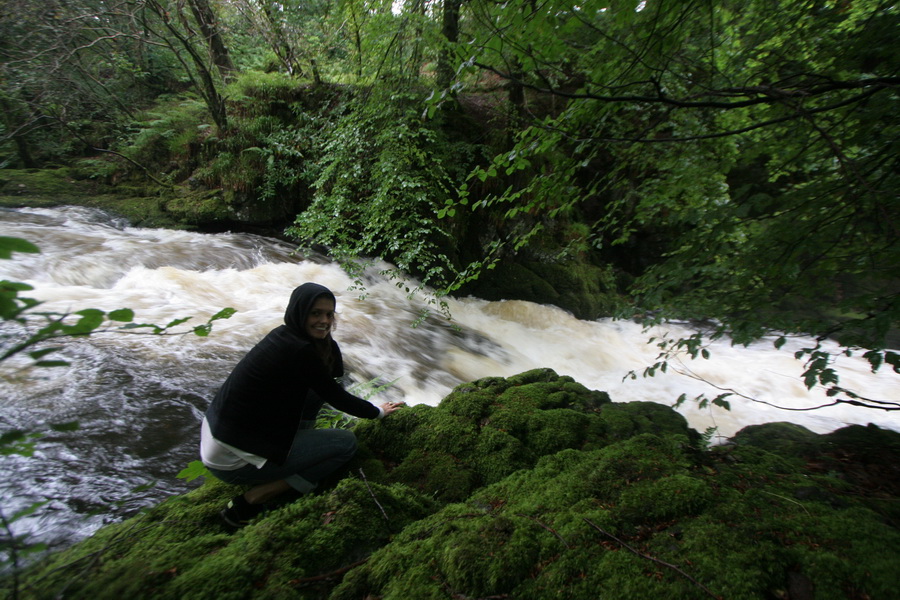